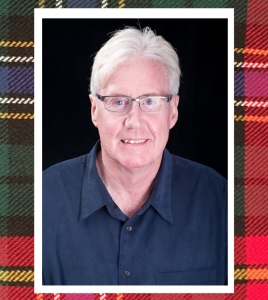 Bruce knows Whistler and Pemberton inside and out, and has nurtured friendships with clients from all over the world.

Bruce was born in Calgary Alberta, grew up in Penticton BC and first skied Whistler Mountain on a weekend from college in the sixties. He became a dedicated Whistlerite when the community only had dirt roads and was known as Alta Lake way back in 1973. Bruce has seen a lot of change obviously. When the resort was young and so was Bruce, he lived for four years without electricity or even running water in the winter.

He began working on the lifts like most here in those days and quickly attained a position on the professional ski patrol during his second year. Working as a patroller for twelve years he dedicated the last eight to training and validating the first civilian avalanche rescue dog in Canada. Creating and co-founding the Canadian Avalanche Rescue Dog Association (CARDA) with the help of the Royal Canadian Mounted Police, Parks Canada, Whistler Mountain Ski Corporation and other dog handlers from B.C., Alberta, and the Yukon was truly a dream come true. Besides his work with CARDA (for which he was awarded an Honorary Lifetime Membership) he helped establish the first off leash dog parks throughout the municipality as a member of the Advisory Parks and Recreation Commission.

Also, in the summers as a British Columbia Provincial Park Ranger he maintained the trails and park areas at Wedgemount, Brandywine Falls, Singing Pass and Cheakamus Lake. Over the course of three summers he surveyed and built the Singing Pass access trail from the valley. After thirty-five years on the mountains, Whistler/Blackcomb awarded Bruce with a LIFE TIME PASS. Lucky Guy! In addition to selling real estate Bruce continues his work with CARDA helping out as a volunteer at their annual validation courses, and promotes a children’s book, “Radar the Rescue Dog”, teaching children safety in the mountains.

Having a growing family in 1983 with the birth of his daughter made him realize that he needed to expand his career goals. Scaling back on his patrol activities by volunteering his services on both Blackcomb and Whistler allowed Bruce to concentrate on Real Estate. The timing was right when he got his licence in 1987. While living in Pemberton he worked the Pemberton market almost exclusively for years and also listed and sold in Whistler. He worked on several projects in both Whistler and Pemberton including The Marketplace Lodge, The Symphony, and Woodrun Lodge, Meadows Lane and Cottonwood Subdivision of Homes. In the early 90’s Bruce moved back to Whistler and focused primarily on the Whistler market.

Bruce knows Whistler and Pemberton inside and out, he’s seen most of the development from the ground up, knows the landscape intimately, where the sun comes up and goes down and where the best locations are. He has nurtured friendships with clients from all over the world.

Bruce is passionate about Whistler and is dedicated to finding the perfect fit and the best deal possible for people who love Whistler.

If you would like to work with Bruce, please don’t hesitate to call or send an email.

Why work with Bruce and RE/MAX Sea to Sky Real Estate?

Working with a trusted advisor with a deep understanding of not only the local market, but with an analytical mind is paramount to buying property in Whistler. With over 30 years of local real estate experience, he can expertly guide you through the buying process, engaging established professionals and connecting you with trusted companies and contractors to ensure your purchase runs smoothly from start to end.

As a member of RE/MAX Sea to Sky Real Estate, he has access to all listings currently available on the market. Further to this, through his marketing efforts and long-standing networks he can also engage owners of properties currently not on the market.

Bruce knows the complicated business of the Whistler Real Estate Market – from marketing, to negotiating, to closing. Also, he has access to national and international conferences through RE/MAX, Who’s Who in Luxury Real Estate, and more.